There is resolution as lens performance.

Some expressions such as “how many lines” and “mega pixel “.

Recently, there is a tendency to place emphasis on the total representation of images including the reproducibility of contrast rather than just focusing on the resolution.

(The lens tends to degrade the reproducibility of contrast as the resolution increases.)

The resolution of the lens will change in the entire zoom range and also in the aperture.

(For example, even if it is said to be a 3M compatible lens (3 million pixel compatible lens), it is open and the resolution becomes the best condition.)

Camera resolution and lens resolution do not necessarily have to match.

If it is used for PC monitor , the resolution of monitor is lower and there are cases where you do not receive any benefit at all.

Resolution needs to be considered throughout the system. 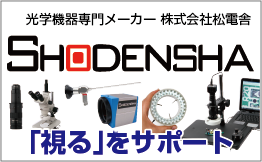